When should you take a show to Edinburgh Fringe?

When should artists take work to the Edinburgh Fringe? And, when shouldn’t they? What are the alternatives? Artists such as Action Hero and experts including the Fringe itself share their advice 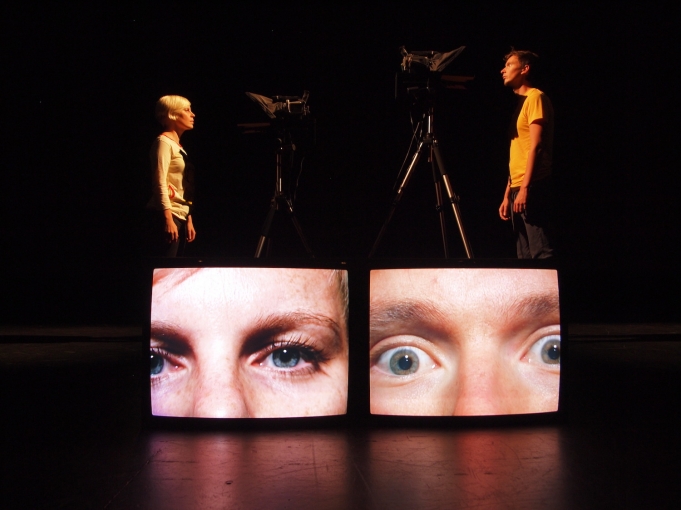 “You need to have confidence in your work”

I think it’s a good idea if you’re sure that the only way to get what you want for your show is to take it to Edinburgh. Taking your show to Edinburgh can be very stressful and very expensive – it can be a headache, and very tiring. The thing that you want to achieve might just as well be achieved through other means, so be clear about what you want and whether this is the best method.

Don’t take your show to Edinburgh if you have any doubts about it, because it’s a very harsh environment to show work. It’s a bit of a meat market, so in order to be able to withstand that, you need to know that the work is solid, to have that confidence in your work. There’s a myth that if you want to book a tour you have to go to Edinburgh, and it’s not true at all. We booked our first three tours without having shown the work in Edinburgh. It’s A way to book a tour but it doesn’t have to be THE way. If you want to get your work seen and programmed, there’s a lot of other ways to do that. There are other platforming opportunities that might be a bit less personally and financially demanding – like good, old-fashioned getting on the phone and inviting people to see your show. 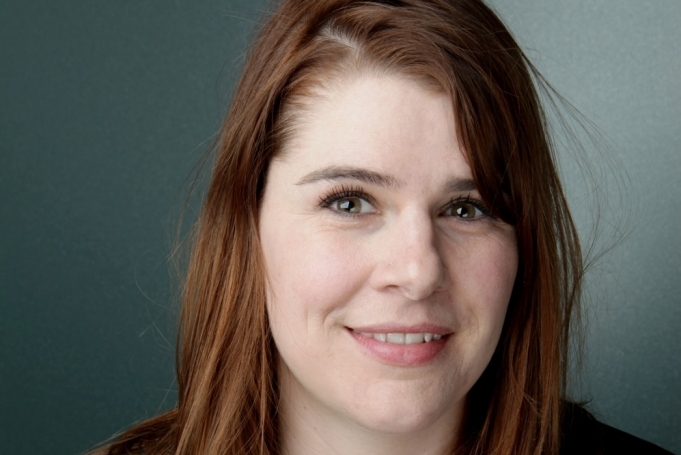 “You’re exposing your work to lots of different people”

The thing to think about, besides the financial risk, is at what point in your career you want to expose yourself to such a wide range of audiences. You’re going to have a specific Edinburgh Fringe audience who are looking for particular kinds of work; the UK performing arts industry looking for work to programme; and the international sector has a presence, not just through our Edinburgh Showcase. You’re exposing your work to lots of different people and you can’t be everything for everybody. Have a real think about whether it’s the right show. Know why you’re going, and be careful about which show you take – is this the right show to expose yourself with?

There are ways of doing it so you’re not hugely public – you can test things out in front of an audience in Edinburgh – but if you’re inviting the sector and it goes badly, you might not get a second chance. That’s not to say there aren’t opportunities to experiment in Edinburgh – places like Summerhall and Forest Fringe, where audiences are more open, can be safer spaces to try things out.

If you don’t want to, or don’t feel ready to, go to Edinburgh, there are other opportunities. For emerging artists I’d suggest somewhere like Caravan, and for more established artists then it’s more about building contacts and touring networks. For dance makers, there’s British Dance Edition and other opportunities to look at, too.

Nadine Patel is a Theatre and Dance Programme Manager at the British Council, working with countries in the European Union and sub-Saharan Africa. 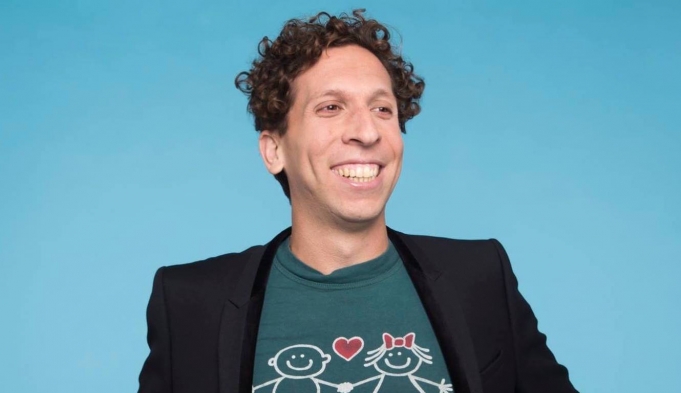 Edinburgh Fringe is overwhelming, intoxicating and infectious, which (of course) are three descriptors that can be as positive as they are negative. I believe artists should take a show to Edinburgh if they feel supported (financially, artistically and emotionally), proud of their work (showing it and talking about it), ready to hear about others' work (the Fringe is as much about seeing others as it is performing for others), and prepared to celebrate other people's successes. Going once does not commit you to going every year forever, and even if you've gone forever, you're allowed to take a year off. Alternatives include: spending August relaxing, spending August as an active audience member, or performing and connecting with audiences wherever you live.

Brian Lobel is a performance artist and academic. Check out his previous performances at Edinburgh Showcase and visit his website to see his upcoming dates, including A Pacifist’s Guide to Cancer. 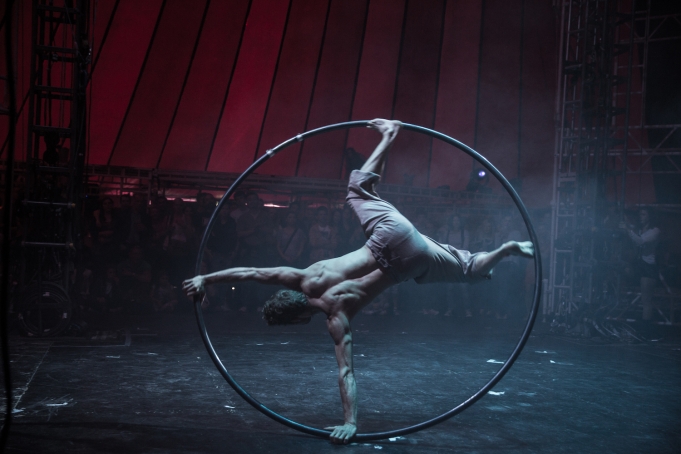 A performer at the Edinburgh Fringe. Photograph: James Ratchford www.shootthemagic.com

It is really important to think about why you are coming to the Edinburgh Festival Fringe. There are many reasons to bring a show, ranging from ticking it off your bucket list to securing international touring opportunities – they are all valid but it is vital that you are clear on your reasons. You have to base your decisions (including how you allocate your budget) around achieving that goal, whatever it may be. You need to make sure that everyone who is part of your team is clear on the plan and what is expected of them, before you all arrive in Edinburgh!

The Fringe can be overwhelming, so plan carefully and make sure you have the time and resources to get what you want out of the experience. Decisions to make include deciding what show to bring because if you are seeking onward touring you should be bringing the show that is tour ready and your best work. If you are trying to use the amazing development ground that is Edinburgh to develop something new then you might bring something less polished fully in the knowledge that the polishing is part of the ambition and experience for you.

Rachel Sanger is Head of Participant Services at Edinburgh Festival Fringe Society. See the Fringe website for lots of advice for artists on taking work to Edinburgh. 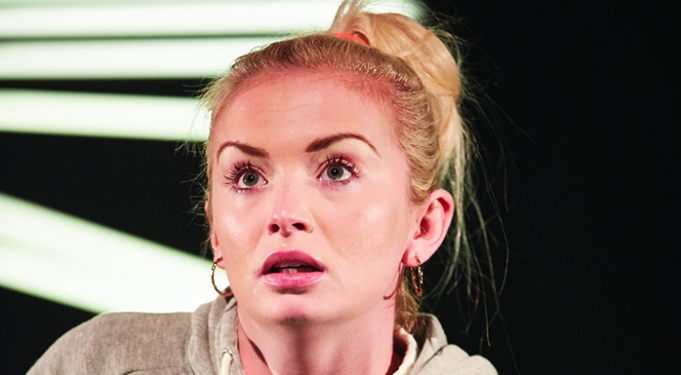 Artists should go to the Edinburgh Fringe when their work is ready; that can be any time from the company’s inception to much later on. It needs to be when you’re ready to share it with a broad, international audience. Don’t take work to Edinburgh if you don’t have total confidence in it.

It can help to start building skills in less high profile festivals. It’s good to get known on the circuit and get known to audiences. Edinburgh is pretty competitive, so any support you can bring with you really helps. 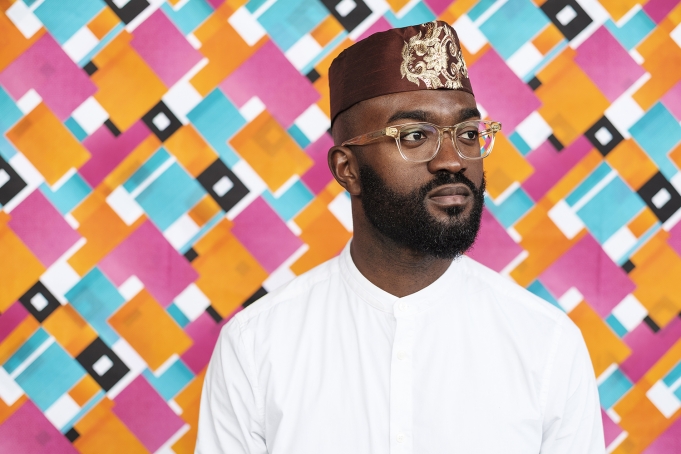 “Ask your producer and crowdsource opinions”

I think my answer would be a not-very-helpful, uninspiring one, I’m afraid: ask your producer. I work so well with Fuel and I trust them so completely, that I kind of do whatever they recommend. I believe in using the hive-mind of all the parties involved in a project and crowdsourcing their various opinions, rather than just going it alone with artistic intent/belief/faith.

My first play, The 14th Tale, was part of the British Council’s Showcase because it felt like it would appeal to international audiences as well as British ones. It did, and has become almost automatic now. I actively create work that straddles various cultures and countries. I also want to travel, a lot. Fuel know this, so we try to capitalise on such opportunities, to kill two birds with one stone, when they arise.

Inua Ellams is a word and graphic artist. Check out his previous performances at Edinburgh Showcase and visit his website for more about his current work, including Midnight Run. 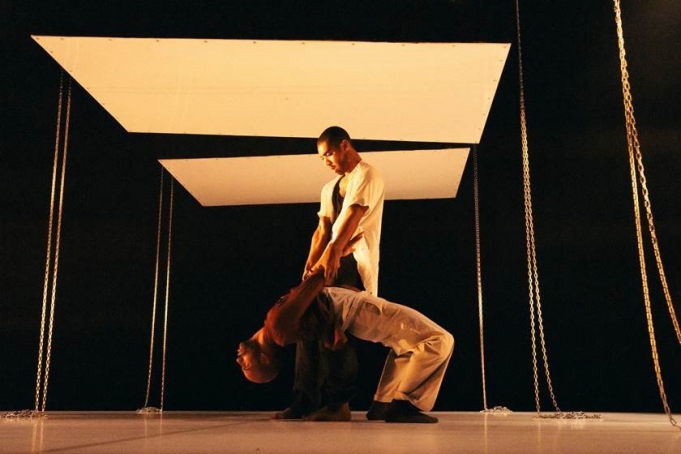 Any time is a good time to go to Edinburgh, as long as you’re prepared for the work involved. That’s what’s great about Edinburgh – there are artists there at every level, from students to professional. My feeling would be that it’s the best marketing money you’ll ever spend, if you work hard when you’re there. It’s good to go if you’re ready to start touring but also, we went because we live in Hereford where we don’t get press or promotion. We originally went because it was the only way to get our work seen.

If you don’t go to Edinburgh, the alternatives depend on what you are looking for. If you want to get your work seen, there are other platforms, like Resolution at The Place for dance companies. I’d also say, make sure you’ve got filmed versions of your work. Programmers increasingly want to see the finished product before they book it, not just a trailer.

Tamsin Fitzgerald is Artistic Director of 2Faced Dance Company. 2Faced Dance’s In the Dust was a Late Recommendation in Edinburgh Showcase 2011. See the company’s website for tour dates of its latest work. 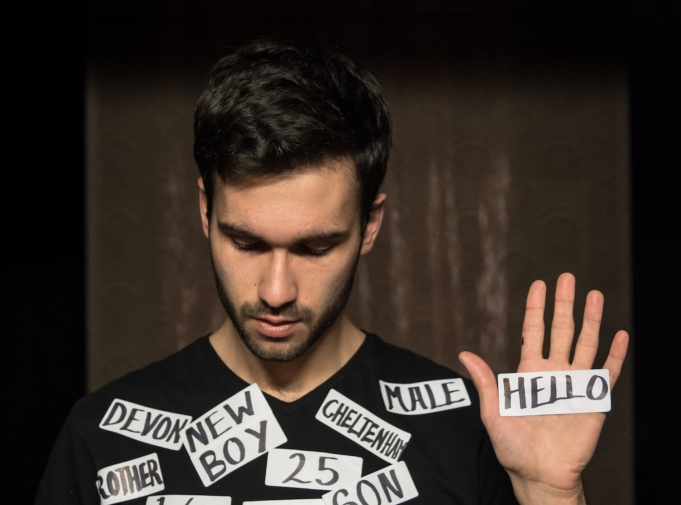 If you have something you want to show to the world, and especially if you want it to tour, it’s a good idea to go to Edinburgh. We’ve toured three shows as a company so far – two as a result of going to Edinburgh, and one without. But when we toured without having taken it to Edinburgh, it was a smaller tour, and mostly to venues who had booked our first show from seeing it at Edinburgh!

So the Fringe has been crucial in developing relationships with venues and audiences, enabling us to build tours and generate new work. Don’t go if it’s not a piece you truly believe in – take nothing less than your best work. Sadly, the odds are stacked against artists: huge costs for taking a show, and the risk that no one will see it. So making good work, as a committed and tenacious team, is the best chance you’ve got at making it a success.

Lots of people make and tour their work in the region they’re based, building smaller, regional tours for instance, or off-West End runs in London. Companies we know developed their work and audiences without running the Edinburgh gauntlet, though some of them then went eventually, perhaps with a show they’d already toured regionally and really trusted, to build on the success.

Joe Sellman-Leava is Co-Artistic Director of Worklight Theatre Company. He was an Artist to Watch at Edinburgh Showcase 2015. See the company’s website for UK tour dates.

The artists and practitioners were speaking to freelance journalist Eleanor Turney.

> Read an interview with the people who make Edinburgh Showcase happen

> See a success story, with Seth Honnor of Kaleider discussing his international experiences since appearing in Edinburgh Showcase 2015