A dance towards gender equality in the UK and India

There’s a lack of support for female choreographers in the UK and many other countries. Sarah Shead tells us how 2Faced Dance aims to change this and why its new touring programme features an all-female line-up of British and Indian dancemakers – plus watch the company's video diary in India 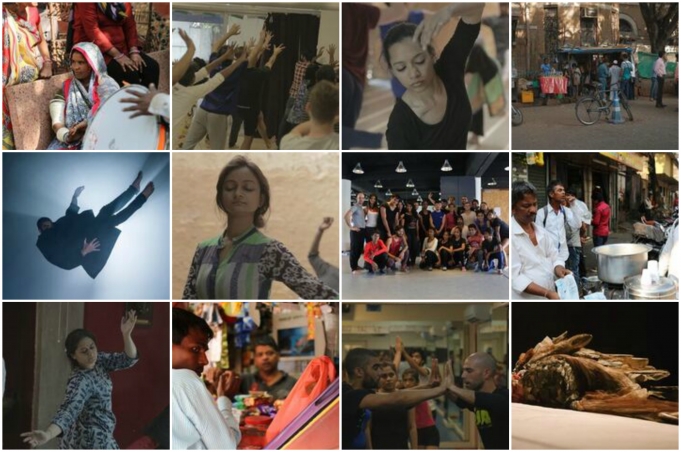 When we, at 2Faced Dance Company launched The BENCH UK in 2015, we wanted to address the challenges that female choreographers face in the UK. We soon realised that these challenges are mirrored in many other countries around the world. Although not every country shares the same barriers, we often came across people who told us "we could do with a programme like yours in our country".

Earlier this year, we had our first opportunity to break out of the UK and start tackling gender inequality in dance internationally – as part of the British Council's UK/India 2017 season, and thanks to Reimagine India funding from Arts Council England.

We launched OUTLANDS, a development and cultural exchange programme aimed at raising the profile of female choreographers from the UK and India.

"It's interesting watching a piece choreographed by a woman, performed by men" – watch the 2Faced Dance video diary of its tour to India

Our experience was nothing short of incredible. We received thundering applause and standing ovation from our audiences for RUN and shared skills with the next generation via practical workshops. We engaged in progressive debates by holding a conference, The BENCH India, as part of the Attakkalari Biennal festival, where we examined the role women can play in the evolution of contemporary dance in the 21st century.

"This visit to India signified a crucial development for the sector, uniting female choreographers from across the world and demonstrating the real need for gender development globally," said Tamsin Fitzgerald, our Artistic Director.

I think our most memorable experience will be the audience response to our performance at the NCPA (National Centre of Performing Arts) in Mumbai. It was our first time presenting work in India and we really had no idea if it would translate and have meaning there, but as the evening came to an end the entire audience stood to their feet and brought the house down. India's legendary dance artist, Astad Deboo, tagged it "an incredible evening".

Watch the first panel discussion at The BENCH India, which explored gender and performing arts

It was the reception we had dreamed of, but getting to that point was no easy feat. India is a very different place to the UK: historically, politically and within society. We spent months carefully negotiating the details of our trip with organisations that work very differently to ours. Never mind the fact that they were 5 hours ahead of us, which meant most of our communication happened between the hours of 5:00–8:00 UK time. We had to grapple with translation difficulties and formal processes that were unknown to us here.

In hindsight, it's easy to see that all of those challenges resulted in so much learning for the company: learning that will stay with us forever. It certainly hasn't put us off returning to India because once in the country, the experience was simply overwhelming. The people are some of the friendliest we have met: even if they have very little, they are prepared to go above and beyond for you. They are proud of their country and culture, and are keen to throw you into India's fast paced, colourful and celebratory lifestyle.

"It's hard to go to India and not be completely moved."

It is hard to go to India and not be completely moved. All of our perspectives changed on that trip and I think the ripple effects, personal and professional, will continue to unravel and present themselves over many years to come.

Visiting India was not the last leg of this journey. Throughout 2017, we continued to work alongside five female choreographers based in India while they received mentoring from our Indian partners. Furthermore, we have commissioned two of the five choreographers, Hemabharathy Palani and Ronita Mookerji, to create a new work that will tour England alongside a BENCH UK Fellow, in autumn 2017.

"India was definitely one of those experiences that will stick with me for many years to come," says Kai Tomioka, one of our company dancers. "My only qualm would be that we couldn't stay for longer! We were welcomed into a new dance world that we had no prior knowledge of and ended up having made connections and friendships that will last a lifetime."

Sarah Shead is Artistic and Business Development Manager at 2FacedDance. OUTLANDS tours the UK from 28 September to 10 October. @2faceddance

UK/India 2017 is the British Council's celebration of the long-standing relationship between the UK and India which sees cultural events, exhibitions and activities taking place in both countries.

> Watch the complete conference of The BENCH India

> Read the Huffington Post on: Where are all the female choreographers?