What are theatre's superpowers? Anupama Chandrasekhar, the first international Writer in Residence at the National Theatre, talks about taking risks, losing inspiration, and discovering British theatre 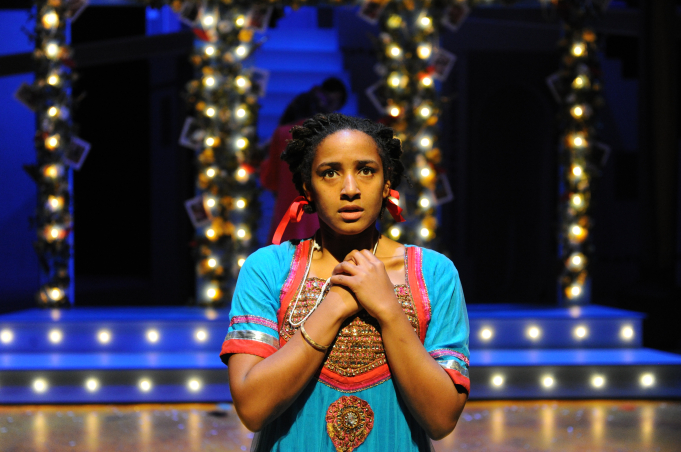 In 2000, I watched my first English language play in India called Mahatma vs Gandhi based on the book by Dinakar Joshi.  It was a beautiful, nuanced piece on the fraught relationship between Mahatma Gandhi and his eldest son — their relationship broke down as the former virtually relinquished his family to lead India's independence struggle.

The play spoke to me as few works of art did. For the first time in my life an artform called to me. The pithy language exhilarated me. Its political content and deep humanity shook me. Shortly after, I attended my first playwriting workshop and wrote my first play.

Over the course of the decade, as I dipped my feet in theatre, I watched some brilliant politically charged productions. Among them, Dreams of Tipu Sultan by Girish Karnad, Final Solutions by Mahesh Dattani, Komal Swaminathan's Water! Water, Polie Sengupta's Mangalam, and Na Muthuswamy's Tamil plays — all exploring this world I lived in, all rooted in the here and now.

I read voraciously — Harold Pinter, Caryl Churchill, Bertolt Brecht, David Hare, Robert Holman, Simon Stephens, David Eldridge, David Greig — playwrights who thought deeply about their world and the times they lived in, and responded with passion and courage. I watched plays by other emerging writers like me, wrestling with what ailed our society. We were learning through theatre about ourselves. I thought our theatre, though primarily amateur in my city, could only grow better and stronger. And braver.

I was wrong. Sometime in this decade, we lost momentum. We stopped taking risks. We didn't want to be seen as political animals. We took several self-censoring steps back, and with that we lost our centre of gravity and we lost our footing. What we have in Chennai today is theatre shorn of its superpowers, immediacy and relevance. We started to stage safe plays that wouldn't cause a single ripple in our lives (Agatha Christie and Ray Cooney have never had it so good in Chennai). Often, timidity cultivates timidity.

When I accepted the offer of the National Theatre in the UK to be their first international playwright in residence, I was short on inspiration, low on support, and slowly losing creative courage.

I was embedded in the National Theatre's Studio for a whole year, with all their facilities and support at my disposal. I was free to use the year as I pleased. Among the few personal goals I had, I wanted to explore how British theatre tackled Britain.

"I wanted to explore how British theatre tackled Britain" 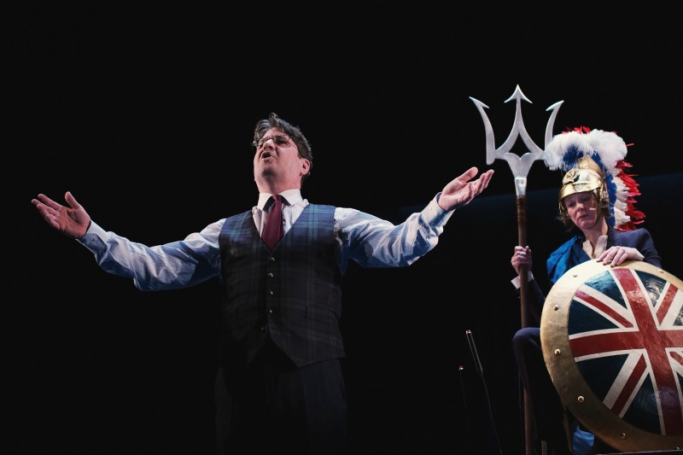 My Country; a work in progress at the National Theatre. Photo: Sarah Lee

The National Theatre Studio is a building that's separated by a seven minute walk from the main building that houses the famous Olivier, Lyttleton and Dorfman stages. The studio is nondescript on the outside. I'm sure hundreds of people walk past it every day with no clue of the enormous talent converging inside; exploring new ideas, hatching, developing, honing and moulding on a daily basis.

Headed by the visionary Emily McLaughlin, it's a veritable creative foundry that few people outside the industry know about. This building — with its infinite supply of stationary, godawful coffee and creative stimulation, would be my home for the next year.

One of the first projects I heard about was a verbatim project titled My Country; a work in progress. Everyone just called it the Brexit play. It was a hugely ambitious state-of-the-nation play constructed out of hundreds of interviews across the country to make sense of the EU referendum and why this shock result came about. Young volunteers spread across the UK, speaking to those who had a point to make, as well as to those who didn't have any.

Created by Carol Ann Duffy and directed by Rufus Norris, My Country was first and foremost a listening project. And listen everyone did, to every word in those tapes — hours and hours of them.

There was a herculean task of separating the wheat from the chaff. Which voices to keep, which voices to cut? I attended the rehearsals every Tuesday and witnessed first-hand some of the editorial decisions. Week after week, the mass of material was sculpted into coherence. What emerged ultimately was a scintillating theatrical debate, offering glimpses of the tensions and discontent that contributed to Brexit.

This was theatre using its superpowers and responding quickly, and without judgement, to an event that is likely to impact the UK and Europe well into the next decade. 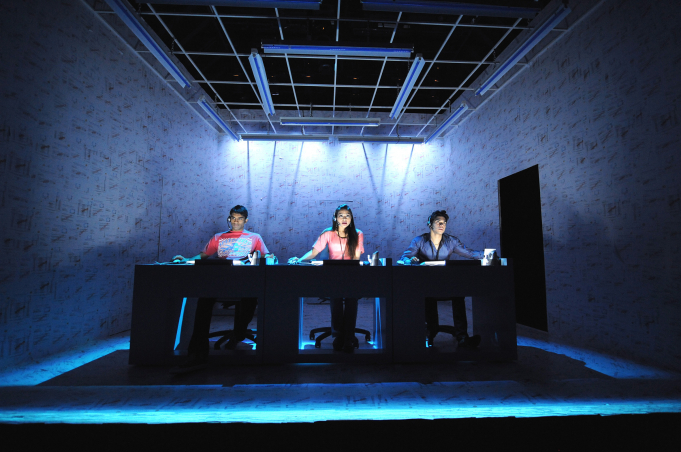 Verbatim projects are uncommon in India. It seems to me that we in India prefer fiction over fact, and fantasy over reality — particularly in our performing arts. But as I witnessed at the National Theatre that evening, there is power in everyday speech and poetry, in the inarticulacies of normal people. I believe verbatim theatre is a genre that is waiting to be discovered in India.

At a time when journalistic credibility and independence are at risk in India — there is an increased public perception that mainstream media companies have become political mouthpieces — verbatim theatre may be just what we need to understand our own nation and its people better. It would jolt us from our citified comfort zones and bring us closer to more stories that need to be told.

There is a perception in India that UK theatres have infinite resources and can afford to be as inventive and technically ambitious as they please. I discovered that was far from the truth. Over the course of my year I watched over 100 plays — in London and at the Edinburgh Fringe. Many of those were staged on a shoestring budget with inventiveness and verve.

Infinity Pool, written and performed by Bea Roberts, is one such play. I had been invited by Roberts herself, who was allotted the room opposite mine at the Studio. We had bonded over caffeine and our insecurities as writers.

The performance, directed by Deidre Mullins and Nik Partridge, is a brilliant retelling of Flaubert's Madame Bovary. Roberts, playing the protagonist Emma Bovary, never utters a word. Instead, we get to know Bovary as she grapples with work, love and weight issues through a collage of emails, text messages, Facebook posts, Instagram posts, tweets, Google searches and other modern means of communication projected onto a screen.

"Verbatim theatre is waiting to be discovered in India" 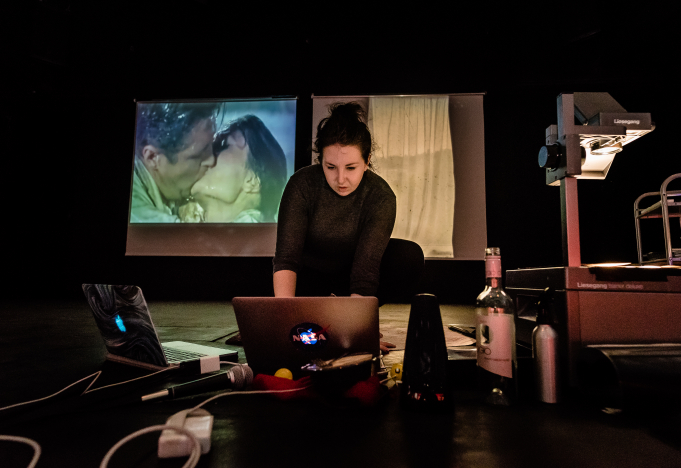 It was endlessly innovative and irreverent and completely relatable to me, a woman from another part of the world. Emma's issues were my issues. Her office, not very different from those I've worked in. Her loneliness, not an unfamiliar emotion to me.

This was a play about what it means to be a woman today that transcended our different cultural backgrounds. It was a play that filled me with hope — that good, ambitious theatre didn't require infinite resources. All it required was a creative team with curiosity and daring.

That is my task now back home: to spread the habit, one play at time.

Anupama Chandrasekhar, a Chennai-based playwright, was the National Theatre's first international Writer in Residence from 2016—2017. Early in her career, Chandrasekhar took part in playwriting workshops in India led by the Royal Court Theatre in partnership with the British Council. Her plays have been staged in leading theatres in India, the UK, USA, Canada and Europe. She would like to thank the National Theatre's Artistic Director Rufus Norris, Deputy Assistant Director Ben Power and Head of New Work Emily McLaughlin for her opportunity.

> Read an article by Chandrasekhar on political theatre in India