Dancing in my kitchen

Artist Hetain Patel turns YouTube vlogger in his new project about identity and cultural heritage. Watch the first episodes in the series and find out why he’s making films in his kitchen 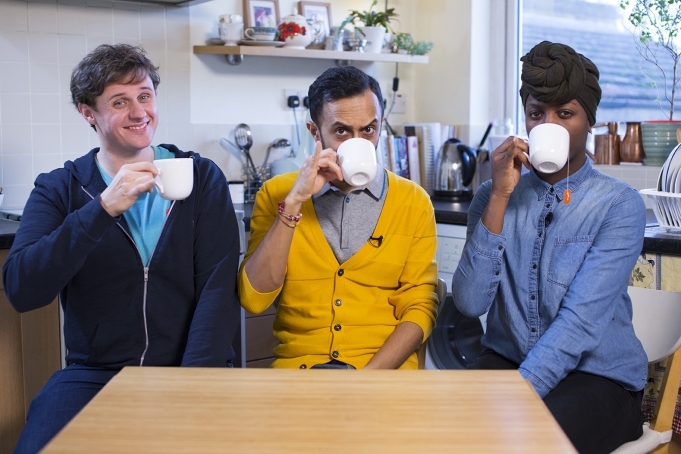 As an artist, why am I making online films? Well, the films came from the desire to reach more audiences.

I work predominantly across galleries and theatres. I make live performances, sculptures, films and photographs, challenging ideas about what makes us who we are. But a few years ago I did a TED talk adapted from a live work, Be Like Water, that I performed at the Royal Opera House. That made me consider how to take some of the content of my work and get it out more widely online. And I thought about, almost, not contextualising it as art. No one really looks at art online unless they're already part of the art community.

So I've made a series of videos that pretend to be one thing, but actually are something else. They're masquerading as 'how to' videos but they are all about identity in some form – whether it's gender or disability or race. I've taken some of my existing live works and a couple of new ideas, and reimagined them for YouTube.

Aesthetically, I wanted to make them like blogger videos and that's why they're all filmed in my kitchen, rather than a theatre stage. A lot of my performance directly addresses the audience, so it lends itself well to that style. And so I got funding from The Space to make a series of four videos, to be released over four weeks.

"They're all filmed in my kitchen, rather than a theatre stage"

The first video – which you can see above – is called How to speak proper English. It's a reworking of my very first live performance for the stage, TEN, which was in the British Council's Edinburgh Showcase in 2011. The original piece questions the role of language and physicality in shaping who we are.

It explores feeling fraudulent about attempts to connect to one's cultural heritage. It takes a contemporary look at Englishness and, more widely, at identity. How to speak proper English is a miniature exploration of the same themes in just four minutes, with a vlogger aesthetic.

Next up you can see a video with Candoco called How to tell what people think when they look at you which is based on my piece Let's Talk About Dis.

The newest is How to make a proper cup of tea with a Tetley tea man speaking Gujarati and me in full Indian dress. The final film is going to feature 10 men in my kitchen with Chaps Choir, and it's about masculinity and the experience of being a man.

This is a relaunch of my YouTube channel in which I'll be using it in a more purposeful way and playing with the forms of vloggers and online tutorials. If it works I'll look at similar written/choreographed series later on and aim to keep it going longterm.

Meanwhile I'm aiming to release a new video every Friday regardless of what it might be – a diary style vlog, behind the scenes, timelapse video from my working process etc. It's a plan to engage more widely and also ideally to see if it can encourage new people to see my work in real life.

"I'm interested in proposing that identity be more fluid"

When I did the TED talk, it brought in a chunk of audiences who came to see me at Sadler's Wells. They had never heard of Sadler's Wells and had never seen any of my previous work. So through this series, I'm interested in encouraging more people, not just to see my stuff, but to come and check out live performances they wouldn't otherwise see.

Creatively, as an artist, I'm always interested in the audience. In today's fast paced world I'm interested in the challenge of taking complex ideas and making them accessible. Not through making anything simplistic, but through taking the time to think about audience experience and how people already engage with things, like YouTube.

This is particularly important for politically motivated work like mine – I'm interested in proposing that identity be more fluid as a move towards freedom and equality. If this kind of work is not made accessible and people don't engage with it, then it can't do any work or create any change in the world. In this sense, the approach I am taking to these YouTube videos has been there in my practice for a long time.

Hetain Patel is an artist who makes work for galleries and theatres. He was speaking to Cathy Gomez, our Web Editor. @HetainPatel1

> Watch a TED talk by Hetain Patel 'Who am I? Think again'

> Read an interview with Hetain Patel

> Check out more digital arts commissions from The Space

Blog
Investigating the future of dance for 50 years