Hip hop across the divide

Against a background of political tension in Venezuela, 50 young dancers from Caracas come together to train and perform. Impact Dance's Hakeem Onibudo reflects on the "hip hop heads", blacked-out cars and joy that defined the project 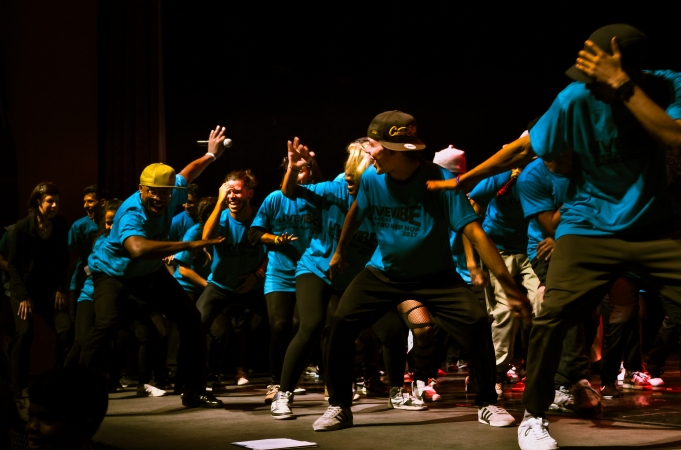 To be honest before I travelled to Venezuela, I was a bit apprehensive. I did some research on Caracas and, with the highest murder rate in the world, it’s considered one of the most dangerous cities. So I thought, 'do I want to go?’

In the end I ended up going twice: once in November 2016 and again in April 2017. I worked with 50 young Venezuelans, all of them “hip hop heads” — really into their hip hop. And although the circumstances in which we had to work were tough, it’s the biggest LIVEVIBE victory to date. By far.

LIVEVIBE is a project that has existed since 2008. It offers an opportunity for young, fresh and exciting artists at the start of their careers to work in inspirational environments with professional artists. The project culminates in an interactive performance alongside the professionals. We present quality art, but we also break the fourth wall — we want the audience to get involved and be part of it.

"Hip hop in South America is not like in the UK"

"There've been ups and downs but through that process we've come out with a beautiful piece." Watch the highlights from LIVEVIBE Venezuela

With support from the British Council I’d worked on previous LIVEVIBE projects in HongKong and Zimbabwe – where I worked with six inspirational local hip hop crews in Harare. Those projects were real highs and I was unsure whether the project in Caracas could reach the same amount of impact. But it exceeded it.

I travelled with Yukiko Masui, who was the Rehearsal Director for LIVEVIBE Venezuela and Kenrick Sandy from Boy Blue Entertainment, who was Choreographer. There was heightened security in Caracas at the time, so the biggest exposure we had to the country was the 45 minute journey from the airport to downtown Caracas and back. It’s a beautiful country, but we were driven straight to every rehearsal and performance space in a blacked-out car. The inhibition in just travelling became quite difficult, but we were soaking up the culture from the individuals.

We worked with local dancers and crews from Caracas and the surrounding areas, and I learnt a lot about the Venezuelan hip hop scene through them. Hip hop in South America is not like in the UK or in North America. They bring an extra feel to it, a Latino spirit that’s quite difficult to compare. We asked the artists what dance meant to them and a lot of them said hope, and life. They were all expressive dancers and really hungry to learn.

"The political tensions were overwhelming" 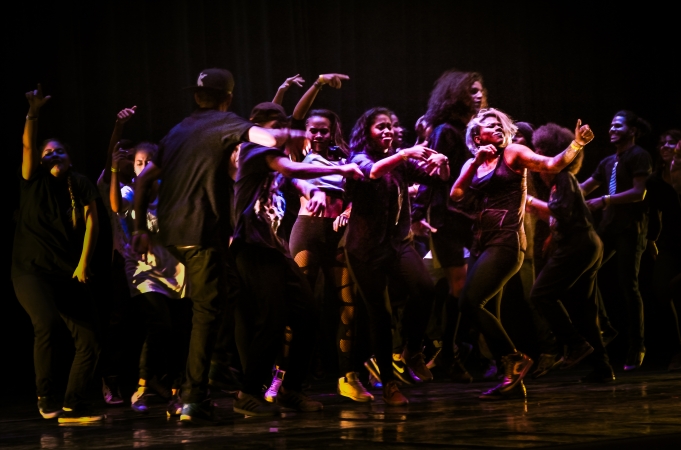 LIVEVIBE began in London's Sadler's Wells and has spread its vibes to Africa, Asia and Latin America. Photo: Joharvi García

Political tensions are high at the moment in Venezuela and we were working with dancers from either side of the political divide — pro-government and pro-opposition. There were groups of people who had different views about how the country should be run, but our rehearsals were a place of unity, people came together to create something.

If you and I don’t see eye to eye on Brexit for instance, but we still have to do a duet together, do we put our views aside and make the art? The dancers were able to see past what divided them. They worked really hard, wanted to learn and were excited about what we could create.

The final performance was at the Chacao Cultural Center — an amazing venue. It's an outdoor Roman-like amphitheatre with a bar on the roof. I literally wanted to pick it up brick by brick and bring it back.

But even here the political tensions were overwhelming. At the time of the show there was a tense and difficult situation, with demonstrations outside and the security staff of the theatre took the decision of closing the doors to keep everybody safe. We were on edge, it was a bit crazy.

Despite this we put on an incredible performance. After the show had finished there was so much excitement on stage. All of these young people were celebrating, I was bouncing off them. It made me realise, we get annoyed in our daily lives for trivial reasons, maybe the service isn't great at a restaurant, maybe our phone signal is bad. But some of these guys were really struggling. There is daily violence, there is unrest, there is high inflation, but they still embraced this opportunity and performance. There was real joy on stage.

It’s not practical for us to go back to Venezuela again at the moment, but we wanted to continue to connect with the dancers. We managed to get two of the Venezuelan dancers, Eric Peña and Jelena Cobis, over to London to experience LIVEVIBE here in the UK in November and December. They shadowed me, went to classes and were here for the final performance at The Place. Maybe in the future we can go back to Venezuela, but 10 months on I'm still struck by the people and experiences we had.

Eric Peña puts it best: “In hip hop, one dancer more is one delinquent less. We can express ourselves, focus on positive things and not in violent environments. My country has excellent dancers, amazing performers, amazing songs and this experience is an inspiration."

Hakeem Onibudo is a performer and choreographer, Artistic Director and Founder of Impact Dance, and creator and host of LIVEVIBE. He was talking to Harriet Guest our Assistant Web Editor.

LIVEVIBE offers an opportunity for young artists from the worlds of dance, music and spoken word to present work in a professional environment during the early stages of their careers. LIVEVIBE international has been partnered by the British Council.

> Watch Hakeem Onibudo take the main stage at Move it 2016

> Get to know British Council Venezuela's work in arts