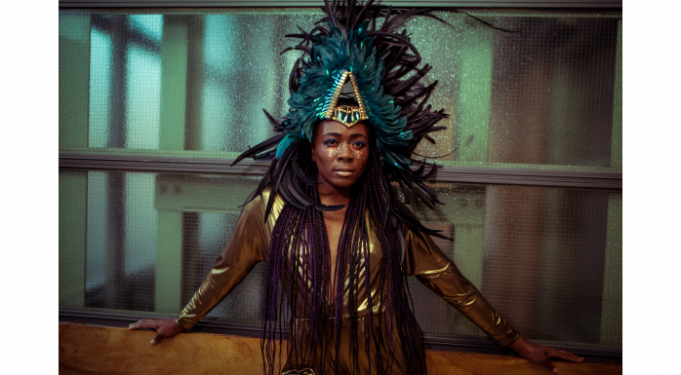 Barrel Organ is a touring company founded by 11 theatre-makers from across the UK. They create politically engaged shows in a collaborative way, which interrogate 21st century culture. Barrel Organ’s productions include Anyone’s Guess How We Got Here (2017), Some People Talk About Violence (2015) and NOTHING (2014). Barrel Organ also curates LIVE, a scratch night for new and experimental work made by artists currently under-represented in UK theatre, as well as running a programme of workshops and educational support. Barrel Organ have recently been awarded the Underbelly and New Diorama Theatre Untapped award for CONSPIRACY, a larger-than-life, cartoonish show about conspiracy theories, fake news and an epidemic of mistrust.

Harry Clayton-Wright is an entertainer, performance artist, international mischief maker and internet provocateur from Blackpool. Harry’s work spans genre and taste levels, dipping his toes into the worlds of cabaret, theatre, live art and exhibitionism. His Fringe show, Sex Education, blends performance and storytelling, delivered with candour and charm. Winner of the LGBTQ Brighton Fringe Award (2017), and nominated for a Total Theatre Award 2019.

Rachael Young
Rachael Young is an award-winning artist and writer based between London and Nottingham. She is part of 2018/19’s BBC Writers Room: London Voices and is a writer of the Royal Court’s Queer Upstairs. Her interdisciplinary performance practice exists on the boundaries between live art, dance, contemporary theatre and socially engaged projects. Her work creates spaces for intersectional realities to be explored and celebrated, and for alternative narratives and forms to evolve and be heard. Rachael’s Edinburgh shows NIGHTCLUBBING and OUT have received critical acclaim; OUT won the 2017 South East Dance A Space to Dance Brighton Fringe Award and was nominated for the Total Theatre & The Place Award for Dance at the Edinburgh Festival Fringe 2017, NIGHTCLUBBING has been nominated for this year’s Total Theatre Award for Innovation, Experimentation & Playing with Form. She’s currently the recipient of the inaugural Eclipse Award, which is supporting this Edinburgh run.

Rachael’s show OUT is performed with marikiscrycrycry and was originally created/performed with Dwayne Antony. OUT is a duet – a conversation between two bodies, embracing personal, political and cultural dissonance, this defiant act of self-expression smashes through the silence, summoning voices and re-enacting movements in a chaotic mash-up of remembrance and reinvention.
www.rachaelyoung.net

YESYESNONO is artist Sam Ward and producer Rhian Davies. They make work that explores what democratic artistic encounters might look like, that invites the audience to consider their own situation as a spectator, and that invites performers to use their own identities as artistic material. Their work has been performed across the country at spaces including HOME, Theatre Deli, The Bike Shed Theatre, The Wardrobe Theatre, The Royal Exchange and Camden People's Theatre. They won the Total Theatre Award for Best Emerging Company for their debut show Five Encounters on a Site Called Craigslist, and are at the Fringe this year with a new show, The Accident Did Not Take Place.