The mad woman, the failing mother, the victim. Bryony Kimmings challenges stigmatised images of women and creates alternative myths about motherhood in her latest work 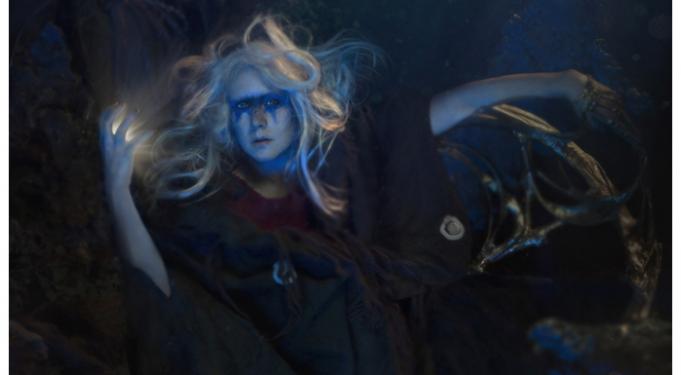 Live artist and theatremaker Bryony Kimmings’ work has often been autobiographical, from her first show, Sex Idiot, inspired by her first STI test, to 2015’s Fake It ‘Til You Make It, which explored her partner’s depression.

She aims to unpick stigmas, and describes her shows as “airing her dirty laundry in public in the hope that other people will be comfortable doing so themselves.”

However, when her son became seriously ill four months after he was born, Kimmings swore that this was something she would never make a show about.

She changed her mind after speaking with other women about traumatic post-birth experiences. She became saddened that these things aren't often discussed publicly, and that bolstered her resolve to tell her own story: "If my aim is to make work about the hidden things in life and I don’t make a show about this, then I’m a fraud.”

Kimmings talks to me about the resulting show, I’m a Phoenix, Bitch, part of the British Council’s Edinburgh Showcase 2019:

I wanted to make an epic about motherhood with a woman's voice at the front of it. The narrative structure mimics the classic hero's journey seen in many traditional epic plays. This is my attempt to make up a new myth, one unheard, of a woman who gets herself out of peril. The show is epic in budget, scope and it's depth of emotion – it's rare to see a woman's experience in a solo show on this scale.

In popular culture there are versions of the mad woman, the failing mother, the victim, the abandoned woman. However, it's scarce to see art and culture that talks honestly and directly about the difficulty, the reality and the hardship of these things. I seek to address this in I'm a Phoenix, Bitch. I speak about the unspoken worlds of post-natal depression, of disability, and of motherly failure so others feel they can too.

Throughout the work I create live music and live action videos where I occupy ironic and mainstream simulations of "females". In these videos I become a 1950s housewife hell bent on making a breakfast so good her partner won't leave. I become a new age mother boasting of how I will push my child silently into the world. I become a 1930s silent movie star descending into madness inside a 10-foot projection of a forest. I do so to challenge these tropes we see so often in film and in representations of motherhood.

I saw a therapist every two days while I was making the show. I asked myself whether I was really ready to make these experiences public, and therefore open to criticism. I made a list of everything that has happened to me, every single thing I thought and felt, all of my fears. Then I sat with a marker pen and crossed out everything that I didn't want to share with an audience. You need to keep some things sacred and safe.

I also wanted my audience to have an online place where they can talk to me if they have a strong emotional response to the work. I answer all my emails and tweets about the show.

Bryony Kimmings was talking to Natasha Tripney, Reviews Editor and Joint Lead Critic at The Stage and Co-founder of Exeunt. @NatashaTripney