“We are the hares running in front of the dogs”

The visual arts scene in Athens is buzzing, with lots of international attention. But are private institutions threatening the development of the independent sector? Lyn Gardner speaks to Poka-Yio of ANTI, the Athens Biennale, as part of our Culture after Brexit series 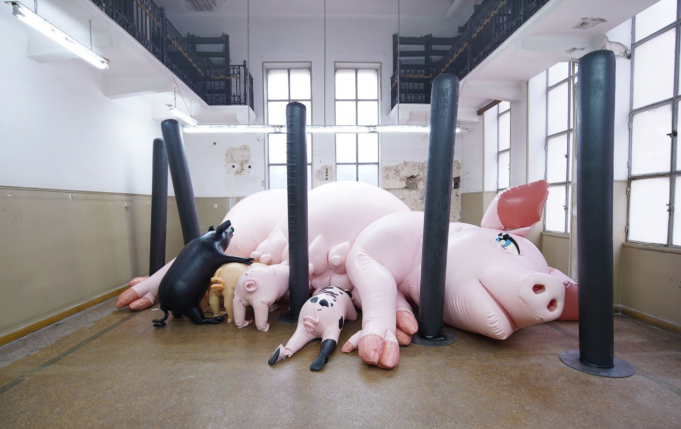 "Our struggle is to remain relevant both globally and locally," says the visual artist Poka-Yio who was one third of the co-curating team for the sixth edition of the Athens Biennale: ANTI. ANTI has been described as a slice of dystopia reflecting “how the conservative revolt is affecting both public and private spheres of life”.

"It’s not an exhibition, it’s a vessel or an ark, a way of offering a snapshot of who we are and what is happening," says Poka-Yio. “I’m an artist who believes in the power of narrative, but it’s so difficult to narrate what is happening here in Greece. We have to offer an x-ray of our times, so we can dissect and learn. People in Greece are so disempowered. We have left the power to the politicians and they have misled us. As artists we can’t watch from a distance, we have to be involved.”

Theatre in Athens feels as if it is struggling, not just for its own survival but also to hold a mirror up to society. However, visual arts may be plugging the gap. The scene is sufficiently lively that artists from all over Europe, including the UK, are drawn to Athens. So much so that the BBC recently dubbed Athens “the new Berlin” for the arts.

That may be a tad over-enthusiastic. Poka-Yio agrees that there is plenty of activity but argues that the ecosystem is fragile and that over the last decade, crisis has become normalised.

"If you live in constant crisis you start to lose a sense of what is really urgent," he says. Pointing to the rise in hate speech and the rise of the populist right, he adds: "We lose our compass." 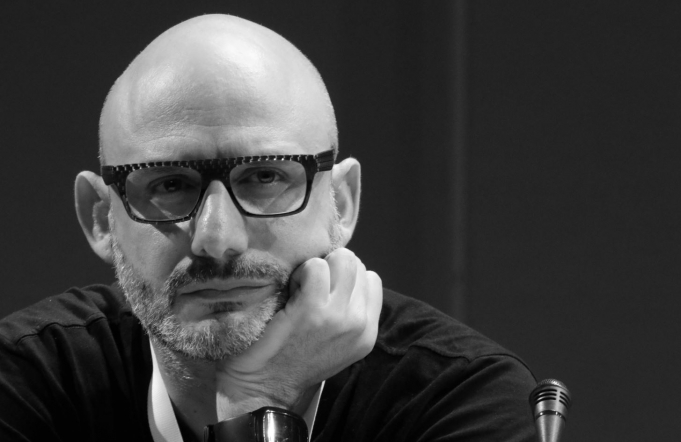 The financial crisis and the empty spaces that it produced have to some extent been colonised by artists and collectives. However, Poka-Yio says, the bankruptcy of the state offered the opportunity to create a different ecosystem. Yet what has happened is that the private institutions have turned from “patrons into producers”.

“It’s a new trend. They demand to be co-producers. The funds were never abundant. But the more they are used this way, the more artists become an outsourced cultural branch of that institution: a gun for hire to provide content and fulfil that institution’s own ambitions. Their soft power is becoming less soft.”

He says that if an artist is invited to create a project for a private institution, the artist will jump to participate because they will be relatively well paid, and the institution will provide the infrastructure and communications strategy.

“It’s the ideal conditions in which an artist can thrive. But the next season you are back on your own producing your own project, in competition with the same institution which supported you last season.

“In this ecosystem, the new breed of institution is unbeatable. They have the money and the power and know how to harness media exposure. If you are the audience and you have 10 or 20 euros to spend, where will you spend it? Downtown on a project created by a young collective, or on a show with big production values that has had wide media coverage? For the institutions, those 10 or 20 euros are a drop in the ocean. For the collective, they are about surviving or not surviving.”

"In Greece, there is a void in public spending and public policy on the arts." 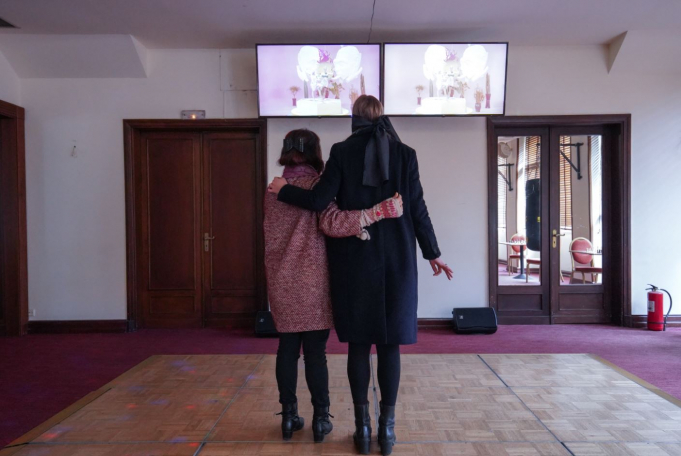 In Greece, there is a void in public spending and public policy on the arts. While it can be positive for institutions to step in and plug the gap, their financial dominance and the way they use it mean that “aesthetics become privatised”. The strong trees survive but all the bio-diversity in the undergrowth is so shaded it never gets a chance to grow.

Poka-Yio reckons part of the difficulty is that rather than supporting the undergrowth over the longer term, institutions alight magpie-like on what they see as bright and shiny and claim it as their own. Rather than supporting the artists whose practice is innovative and engaged they “create projects that thematically cover similar areas that the alternative spaces are already exploring”.

Poko-Yio describes it as “the top masquerading in disguise as the bottom”, with the bottom never getting the support it needs to develop and grow. “Currently we only have the big and small, nothing in between. That is not sustainable.”

Even ANTI is fragile – despite the European funding which reflects its increasing global importance.

"We simply don’t have the capacity to do everything we would like. We are precarious but there is an urgency about what we are trying to do. We have to try to provide some optimism and offer alternative narratives to the ones we have which are full of fear and mistrust. We are the hares running in front of the dogs."

Lyn Gardner is Associate Editor of The Stage, has written about performance for The Guardian and The Independent, reviews for the Stagedoor app, and is an author of children’s books. @lyngardner

This feature is part of Culture after Brexit – a conversation, curated by the British Council, about the future of the cultural relationship between the UK and the European Union after Britain exits the EU.

> Discover more about the Athens Biennale

> Greek theatre: "Culture has always been crisis in Greece"

> Circus: "The future of circus is social"

> Tim Etchells: "When we first went to Europe we found another world"

Blog
“Culture has always been crisis in Greece”

Blog
"When we first went to Europe we found another world"