We're excited to reveal a programme of 30 extraordinary productions with love and tragedy, pop culture and global politics 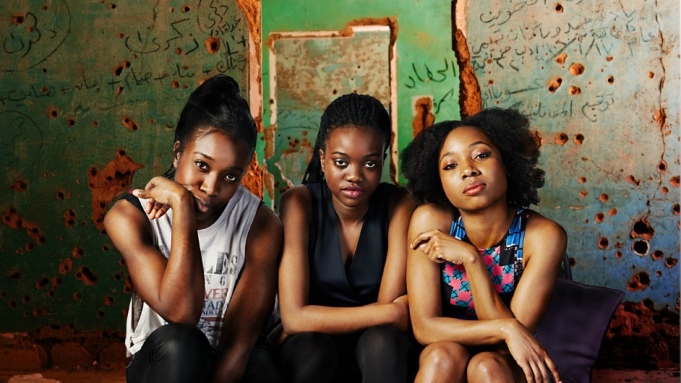 Girls - a Talawa, HighTide and Soho Theatre production. Photograph: The Other Richard

It’s the single biggest opportunity for UK theatre and dance companies to introduce their work to international promoters and the 2017 programme throws a fascinating spotlight on what’s on the minds of UK artists today.

For the first time, the Showcase includes performances that are part of the Edinburgh International Festival. Playwright Zinnie Harris reimagines Greek tragedy with the dark story of a dysfunctional family in Oresteia: This Restless House for Citizens Theatre, while Forced Entertainment presents Real Magic, a chaotic cabaret act-slash-magic show about struggle, optimism and the desire for change.

“It’s wonderful to see so many artists – more than 50% of the programme – taking part in the Showcase for the first time," says Neil Webb, Director Theatre and Dance at the British Council.

These artists aren’t afraid to tackle difficult issues: Girls, a Talawa, HighTide and Soho Theatre production, tells of three young women who are kidnapped in Nigeria and examines how the West often turns a blind eye to the stories behind headlines. Liz Carr’s Assisted Suicide: The Musical explores a complex and controversial subject through the medium of musical theatre.

Other Showcase newcomers include Belfast’s Fringe First winning Prime Cut Productions, Rachel Mars bringing together choral singing and the London Riots, and Selina Thompson on the legacy of colonialism and slavery. Plus Phoebe Waller-Bridge’s Fleabag, which is also a BBC series and hip hop dance group Avant Garde Dance.

Companies returning to the Showcase include Kneehigh, making its first Edinburgh appearance in 13 years with The Flying Lovers of Vitebsk, a visually rich piece directed by Emma Rice and inspired by the Russian artist Marc Chagall. Meanwhile, Swansea-based Volcano presents Seagulls, a Chekhov adaptation incorporating a real lake in a performance venue in Leith.

The programme was curated by a panel of British Council specialists and industry experts, including more international programmers than ever before. With a record number of 280 applications, and with delegates expected from over fifty countries, the panel sought to choose productions that would appeal to a diverse range of audiences.

“Participating on the panel was a wonderful exercise in balancing artistic prowess with the practicalities of the touring market,” says Heather Redfern, Artistic Director of The Cultch, Canada. “The expertise around the table was awe inspiring. I learned so much about the fascinating work British companies are making."

Artists who appeared in Edinburgh Showcase 2015 have been touring the world and building new international partnerships. Tours include Claire Cunningham in Australia, Japan, Germany and Spain and Kaleider travelling to Italy, Portugal, China, USA, Australia and Nigeria.

Alongside the performances, the Showcase presents a week of events bringing together UK companies and international promoters, including a trade fair and pitch sessions for artists who are not performing in Edinburgh. We also run development programmes helping UK practitioners prepare to build international links and take work to the Edinburgh Festival Fringe.

> UK BAME and disabled artists can apply to our Artist Development Programme, open for applications until 14 April 2017

> UK emerging producers are eligible for the Emerging Producers Development Programme, which opens for applications on the week of 10 April 2017

> Performing arts programmers based outside the UK can apply to be Showcase delegates: speak to your local British Council arts contact or email edshowcase@britishcouncil.org

> Check out the full programme on our Edinburgh Showcase website

> Read an interview with the people who make the Showcase happen

> Watch our film about Edinburgh Showcase 2015