Announcing the winners of the International Radio Playwriting Competition 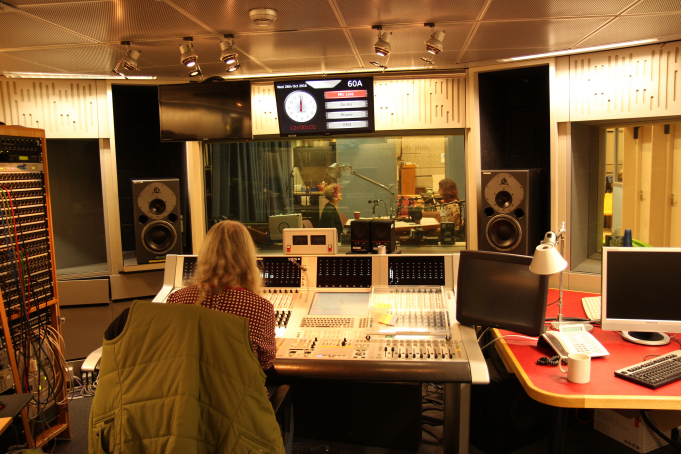 The International Radio Playwriting Competition is a global competition hosted by BBC World Service and the British Council in partnership with co-producers The Open University. It offers the unique opportunity for playwrights to have their radio play heard across the globe by the BBC World Service’s millions of listeners.

This year marked the 26th competition and saw a record-breaking 1500 entries from 114 countries — from established and new writers alike. The judging panel included actor Raymond Fearon, writer and poet Sabrina Mahfouz, co-Artistic Director of The North Wall Ria Parry, and Director Theatre and Dance at the British Council Neil Webb.

The two first prizes were won by Aziz H from Yemen and Colette Victor from Belgium. Both writers will visit the UK in October to attend a prize-giving ceremony at the Commonwealth Foundation. They will see the recording of their winning radio scripts at the BBC, and both plays will be broadcast on BBC World Service in 2019.

Bode Asiyanbi from Nigeria was awarded the Georgi Markov prize. This prize celebrates the most promising script from the shortlist, in honour of BBC World Service Journalist and writer Georgi Markov. Asiyanbi will also travel to the UK to attend the prize-giving and will spend two weeks being mentored by BBC Radio Drama and BBC World Service. 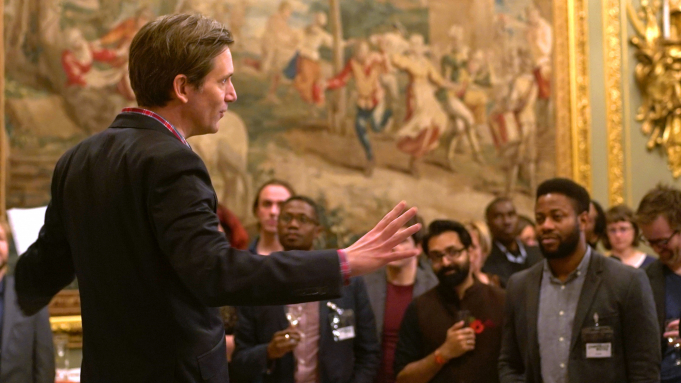 Director Theatre and Dance at the British Council, Neil Webb, gives the opening address at the 2016 prize-giving. Photo: Rob Thomson

English as a second language

A Broken Heart in a Warzone by Aziz H (Yemen)
A dark comedy about two audacious thieves in a warzone, who steal from evacuated houses during air-raids. However, the thieves’s luck changes when they find themselves inextricably involved in a surprising domestic drama...

English as a first language

By God’s Mercy by Colette Victor (Belgium)
A comedy drama set in an impoverished South African township. Mercy’s new occupation is seen from the point of view of her mattress. And yes, we did say mattress...

The Journey to Fortune? by Bode Asiyanbi (Nigeria)
As the tension mounts on a popular quiz show, a panellist is surprised to find that he is able to answer the questions put to him. How? His unique experiences in trying to leave Nigeria for Europe seem to have unwittingly provided them…

> Meet the winners from the 2016 International Radio Playwriting Competition

> Read some tips on how to write a play for radio

@bbcworldservice Ukraine has millions of tonnes of grain that cannot be delivered to international markets because Russia is blockin… https://t.co/zJJRx6kgWA
(8 hours ago)