Join us online for stories of migration with National Theatre Wales

Join us on 15 September to watch a live stream of National Theatre Wales’s newest production, Tide Whisperer, a series of stories exploring the themes of refugees and migration. It will be available to watch online until 15 October, along with a post-show discussion about migration chaired by Rebecca Gould, Head of Arts at British Council Wales.

Written by poet and playwright Louise Wallwein MBE, Tide Whisperer is an immersive experience tackling the global phenomena of mass movement and displacement. With countless numbers of migrants on the move from all over the world, it asks: what is it like to leave your home, and to live with the uncertainty of ever finding another?

The production takes audiences on a journey through the streets and on to the shores of the Welsh town of Tenby, featuring a number of people from the local community and ending at the harbour. It’s directed by Kully Thiarai, Artistic Director at National Theatre Wales and the live stream is produced with digital partner Tramshed Tech.

"The seaside town of Tenby, with its people, harbour, history and wonderful beaches and islands is the perfect setting for our next production," says Thiarai. "The landscape is both an inspiration and a background to a universal story of people searching for a place to call home. It will offer audiences a rich, poetic cultural experience on the streets and shores of Tenby that enables them to step into another’s shoes."

"What is it like to leave your home, and to live with the uncertainty of ever finding another?" 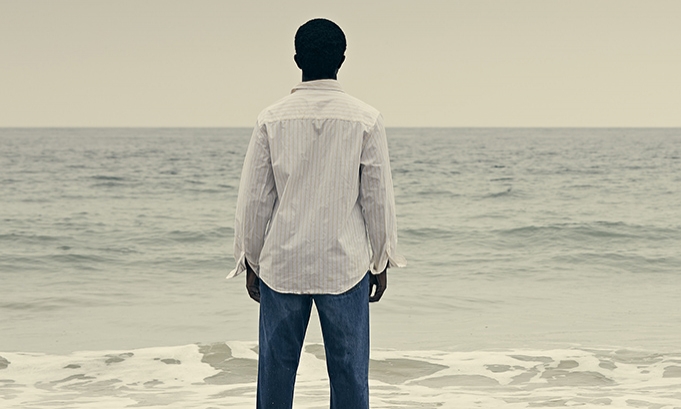 National Theatre Wales has been making English language productions in locations all over Wales, the UK, internationally and online since 2010. Unusually for a national theatre, it doesn’t have a permanent venue but creates performances for unconventional spaces across the nation. Its website states: "The nation of Wales is our stage: from forests to beaches, from aircraft hangars to post-industrial towns, village halls to nightclubs."

According to The Guardian: "If you’re looking for something completely different, National Theatre Wales can be guaranteed to deliver it."

What can I watch?
Watch a performance of Tide Whisperer from National Theatre Wales, written by Louise Wallwein MBE and directed by Kully Thiarai. You can also see a post-show discussion about migration.

Will there be subtitles?
Subtitles in English will be available from the week beginning 17 September.

Age guidance
Recommended for ages 11+ due to the themes explored.

@NTWtweets 'Being broke, Welsh and talented never looked so fierce!' Don't miss out on seeing Payday Party in Cardiff before i… https://t.co/nzYJcaecpd
(1 days ago)

@NTWtweets RT @EllenT_NTW: In June, we took over @VoiceboxWxm @TyPawb - we've been working with the myriad of communities who reside & thrive in this…
(2 days ago)