On 19 April, we host a live stream of The Winter's Tale, the new production directed by the award-winning Declan Donnellan and performed by internationally renowned theatre company Cheek by Jowl.

One of Shakespeare's greatest plays, The Winter’s Tale tells of a delusional and paranoid king who tears his family apart. Although written at the same period as The Tempest, The Winter's Tale smashes all the rules that The Tempest follows. Unity of time, place and action are hurled aside as the action ranges across Europe, from court to country, from high tragedy to low comedy, across a time span of sixteen years.

Le Figaro (France) describes this production as “an original masterpiece”. It “pairs irreverence and inventiveness with emotional clarity and power” writes Natasha Tripney in The Stage.

You can watch the production broadcast live from the Barbican on 19 April at 7.30pm BST. The film will be available on demand until 22 May 2017. 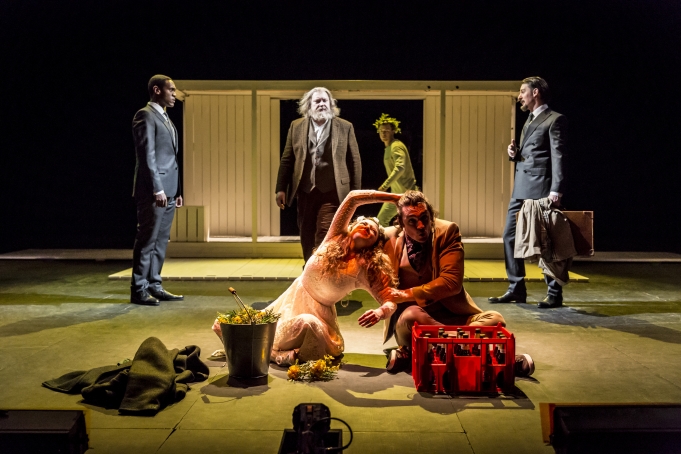