What are young theatremakers up to in Nigeria? Mark Ball, Artistic Director and Chief Executive at LIFT visited the first ever Lagos Theatre Festival to find out…

One of the key programming principles of London International Festival of Theatre (LIFT)  is to support international work that can both reflect innovative theatre practice and illuminate the changing nature of our city. From 2014, we have decided to engage with theatremakers from two regions of the world whose communities are rapidly expanding within London: South America and West Africa.

With this focus in mind, I recently made my first trip to Nigeria, to the inaugural Lagos Theatre Festival which was initiated by and presented with our friends at the British Council. It was a pretty unforgettable experience! 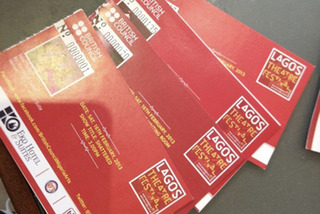 In West Africa, theatre is starved of support and crowded out by a fantastically rich music and dance culture. In Nigeria, most theatres have become churches to accommodate the massive growth in religion and the occasional performance that is presented is commercial entertainment. So, Lagos Theatre Festival is a deliberate attempt to showcase an embryonic independent sector. All credit to the British Council for finding and nurturing young theatremakers who want to make contemporary work that is often based on social issues. 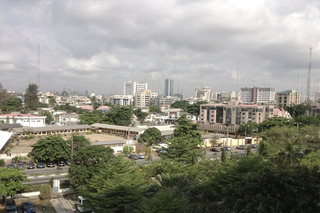 A few things struck me immediately about Lagos and the festival:

1. Size. The festival was small – it consisted of only four shows, one of which was The 14th Tale, a funny, lyrical and moving autobiographical work written and performed by the British-based Nigerian spoken word artist Inua Ellams.

2. Space. Because there are no available theatres, the festival took place in a hotel – the Eko Hotel and Suites – with work scattered across the hotel's gardens, car park, conference facility and presidential suite. The other reason for the choice of the hotel site was security.

3. Security. Lagos and Nigeria have significant security issues and you feel them palpably as a visitor. I found this depressing: it fuelled a general feeling of paranoia and perpetuated the deep divisions between rich and poor within Nigerian society. I was heavily discouraged from leaving the hotel complex. However, the Nigerian artists I met all promised, with enormous generosity, to show me the city and their country on my next visit.

4. Economy. Nigeria is a booming economy, fuelled by oil wealth. The divide between rich and poor is tangible and the rich are very seriously rich. It’s important for wealthy Nigerians to be seen at the right social events. But the independent theatre artists I met bemoaned the effects of this culture: it creates an expectation of glamour for all theatre events and pushes up prices to unaffordable levels. So it was encouraging that the festival attracted a large local audience, with all events sold out. That gave a much needed boost of confidence to the Nigerian artists.

What was great about the festival was that, in addition to Inua Ellams, it presented a varied range of pieces by three emerging Nigerian directors and writers:

The House of Tales, by Bode Asiyanbi and directed by Kenneth Uphopbo, took place in the remarkable Goodluck Jonathan Presidential Suites. To the visible shock of some of the audience, it tackled the taboo of rape and the culture of silence that often surrounds it. I saw a performance style that was repeated over the weekend: performers emotive and at times almost pantomimic, with audiences encouraged to respond. It was an interesting contrast between the seriousness of the material and the sometimes comedic nature of the performances, but it's one that worked. And it's great to see how non-western audiences reject our conservative audience conventions and engage so emphatically, regularly calling out and trying to enter a dialogue with the performers. 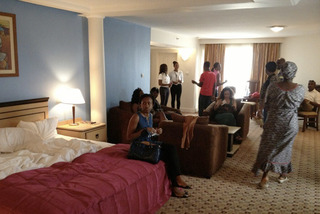 Next up – in the diesel-drenched atmosphere of the hotel's underground car park – was Renegade Theatre's The Waiting Room, written and directed by Wole Oguntokun. An exciting, often funny short piece that made me think of the English farce tradition with a bit of Reservoir Dogs thrown in. For me this was the most impressive performance in the festival, with strong direction and performers who subtly shifted power positions throughout the piece. Oguntokun is a clear talent and one to watch. 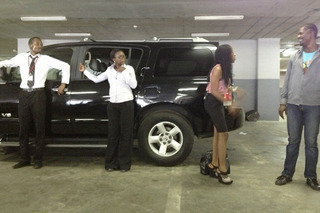 The festival ended with a performance bathed in the sunshine on the hotel's manicured gardens. Black Soul Performance Company's GRIP AM! was a deconstruction of a classic Nigerian play directed by Deleke O Gbolade. Spoken in pidgin English and performed in a highly expressive, very physical style, the piece showed a married couple who had made a Faustian pact with Death. It wasn't easy to follow at times and it felt pretty traditional, but the central relationship between a fool and his belligerent wife sent the audience into regular bouts of hysterics. 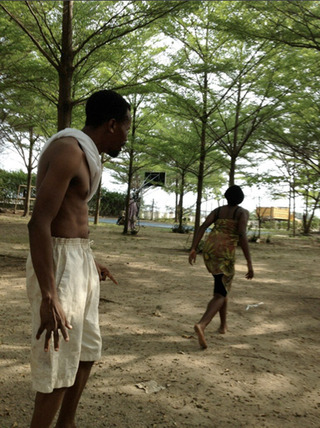 It really was too short a trip and I'm looking forward to travelling back to Nigeria. If all goes to plan over the coming years we'll be bringing more West African work to London and forging deeper links with artists from across the region.

Many thanks to LIFT for allowing us to use their pictures. Follow LIFT at @LIFTFestival