As we launch Edinburgh Showcase 2017, our director Neil Webb and showcase manager Becky Hinton tell us how the event helps UK artists find international opportunities, what the curation team is looking for, and why Neil once hid in a cupboard at a breakfast meeting… 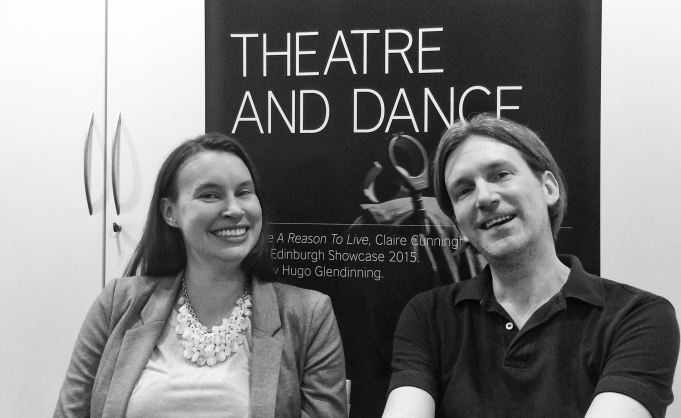 Can you remember the first time you went to Edinburgh Showcase?

Neil Webb: It was in 2001. I was new in post as Arts Manager in British Council Taiwan. I remember being incredibly excited, and overwhelmed by the work – you see so much really good, really exciting new stuff in such a short time. And I met so many brilliant people. I mean, you get to meet the international world of theatre.

Becky Hinton: I worked on the Edinburgh Showcase helpdesk in 2007. I was like a rabbit in the headlights and I just remember it as a complete blur – I was working from first thing in the morning to last thing at night. But it was a really useful experience. I love working on events and it showed me everything that goes into the Showcase behind the scenes. In fact, I first met Neil when I organised some Showcase tickets for him. I’ve managed Edinburgh Showcase in 2009, 2013 and 2015. Every year, I’ve spotted things that I want to change and improve.

What do you do at the British Council and what’s your role on Edinburgh Showcase?

Neil: I’m Director of Theatre and Dance at the British Council. I’m responsible for the overall strategic vision of Edinburgh Showcase and I chair the curatorial panel. I also manage the relationships with our funding partners.

Becky: I’m Showcase Manager in the Theatre and Dance team. If there’s anything we’re working on that involves UK companies performing and international delegates coming to see them, I’ll be there making sure that it goes smoothly.

Edinburgh Showcase is our biggest project. I oversee the running of the Showcase, which includes looking after the call for entries, the website, and organising the events we hold in Edinburgh. I communicate with the companies, delegates and our partners in Edinburgh. And we’ve got a new Showcase Co-ordinator starting in October, who I’ll be managing. 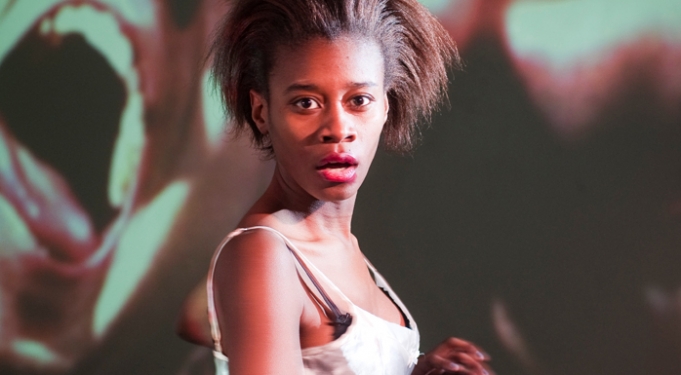 What’s the purpose of the Edinburgh Showcase?

Neil: It’s arguably the leading platform for UK theatre artists to showcase their work internationally. We also have a fast-growing dance programme. It’s about developing relationships and international opportunities for UK companies, be that through touring, workshops, presentations or residencies. It’s an opportunity for UK artists to put themselves and their work in front of 200 or so international delegates from theatre festivals and venues from around the world who are looking for the most exciting work coming out of the UK.

The British Council is unique in that we have a physical presence in over 100 countries. Working closely with our colleagues and partners in those countries, we understand what overseas promoters are looking for in particular markets.

Becky: A number of overseas British Council arts staff attend the Showcase, especially from countries that bring large delegations or come from different cultural contexts. Our staff will look after their delegates, introduce them to Edinburgh and encourage them to work together to tour UK artists.

The British Council’s well placed to ensure the Showcase results in artists being booked, because international touring is what we do all the year round. Many of the tours that result from the Showcase form a core part of our theatre programme for the next couple of years.

How is Edinburgh Showcase funded?

Neil: The British Council is the primary funder of the Edinburgh Showcase – we put in 70% of costs for the event in 2015 – and we support many of the tours that result from it. Our funding partners are Arts Council England, Creative Scotland and Arts Council of Wales. In terms of resources, our whole Theatre and Dance team works on it. We also charge a delegate fee which contributes to the cost of theatre tickets. We recognise the investment and the risk that companies take to present in Edinburgh, so we don’t ask them to provide us with comps – we buy all our tickets.

“We’re including more voices in the curatorial team” 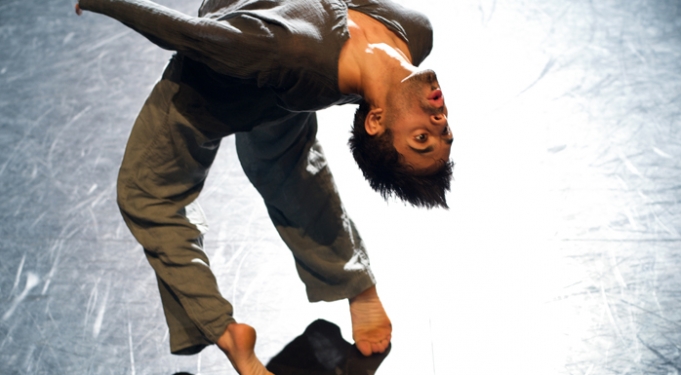 Can you tell us about the changes that are happening this year?

Neil: Last year, the British Council, Arts Council England and Creative Scotland jointly commissioned an external review of the Edinburgh Showcase. There were some key recommendations that we’re implementing for the programme in 2017.

One change is about including more voices in the curatorial team. We started that for our last Showcase – we invited an international curator, Tom Creed, to join our panel and his input was very valuable. So this year, we’re inviting international curators to join the panel alongside members of our Theatre and Dance team so that we can cover a range of world markets between us. We’re also inviting external UK representatives to join us for the first time.

Becky: Another change for UK companies is that we no longer need to see a live performance of each proposed production – we’re now accepting online videos and we need everyone who applies to send us a video. But of course, our team will still be travelling around the country as usual, seeing all the work that we can, so companies who are applying should still tell us if there is an opportunity to see their work.

We’ve also revised our programming timeline to give companies more time to negotiate venues and prepare for Edinburgh. 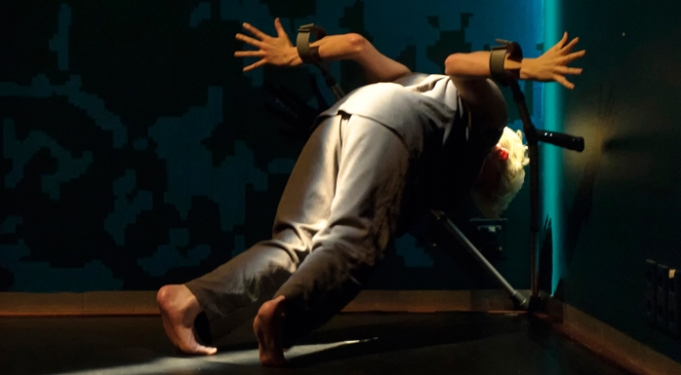 Give Me A Reason To Live by Claire Cunnigham was presented at Edinburgh Showcase 2015. Photograph: BenNienhuis

What is the curation panel looking for?

Becky: It’s looking for artists and companies who are working internationally or who have the potential to work internationally. First and foremost, the work has to be exceptional and has to have something unique to say. If a programmer is looking to bring in international work, it’s because they’re looking for something that they don’t have at home already.

Neil: We’re mindful of programming work that will appeal to different markets around the world. Over the years, we’ve seen growing delegations coming from East Asia and we often welcome colleagues from North America. The British Council has a particular focus on countries that are changing rapidly such as India, Brazil, Nigeria and Korea. And since the UK voted to leave the European Union, our work with Europe is more important than ever before.

Apart from that, we’re simply looking for good, strong, export-ready work that can tour independently. We’ve had questions in the past about why there is a lot of experimental work in our programme and the answer is, because that’s what many European programmers are looking for. But of course, we have to make sure there’s a mix – a promoter in Berlin is working in a totally different context to a producer in Burma, and we have to cater to both their needs. 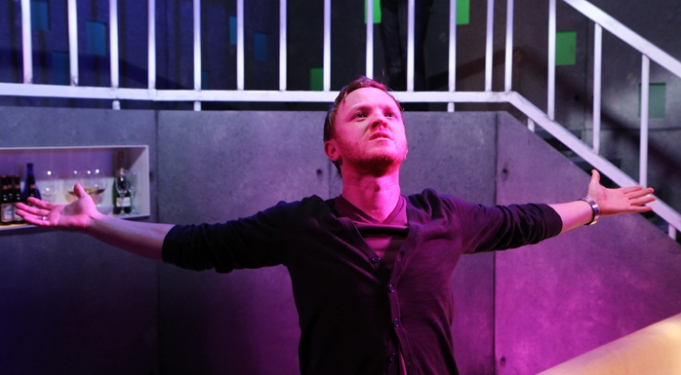 What are the different ways that artists can get involved with Edinburgh Showcase?

Becky: Apart from the main programme, we hold a trade fair which in the past has enabled international delegates to meet representatives from middle or large-scale companies, who often aren’t able to perform at the Edinburgh Fringe. We always flag up new work to delegates that we didn’t have the opportunity to see while we were programming, and we highlight artists who are interesting but might not have tour-ready shows.

For those at an earlier stage in their careers, we partner the Edinburgh Festival Fringe Society on its emerging producers programme. In 2015, we also launched a new programme for emerging artists. For both of these initiatives, we’re particularly targeting groups of practitioners who are under-represented in performing arts, who often have less access to Edinburgh and may not have considered it as a platform for their work. We help to introduce them to the Fringe, to see work, and to meet international programmers and understand what they’re looking for.

How do you help artists to prepare for Edinburgh Showcase?

Neil: A funny moment was when I had just started working at the British Council in Beijing. It was at a time when suddenly, everybody wanted to go to China. When I walked into a Showcase breakfast meeting, everybody else in the room seemed to turn around at the same time, as if to say, “We see China.” I grabbed a coffee and croissant and I thought, I just need five minutes to myself to eat something. I opened the nearest door, went inside and found myself in a janitor’s cupboard. I shut the door and found some peace for a few minutes, sitting in the dark with the buckets and mops. That day I learnt a valuable lesson – to eat before the Showcase breakfast meetings!

> See a success story, with Seth Honnor of Kaleider discussing his international experiences since appearing in Edinburgh Showcase 2015

> Check out previous programmes on our Edinburgh Showcase website