To mark the UK’s Black History Month, we’re sharing some of the contemporary British artists and creatives that excite and inspire us, and who make change happen 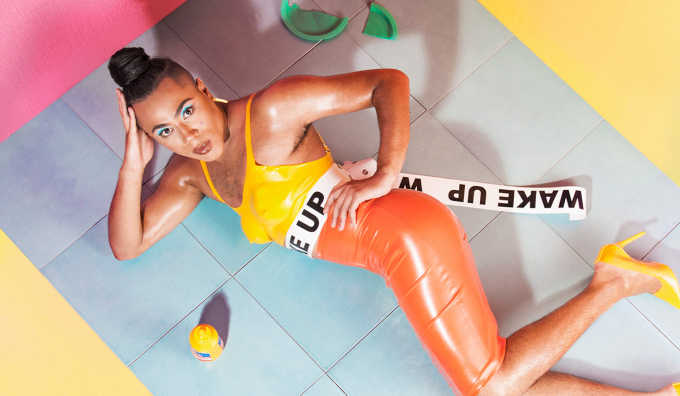 Performer, writer and theatremaker Travis Alabanza is one of the UK’s most distinctive trans voices. Their work has been seen at venues such as the Tate and the Barbican and their debut poetry book Before I Step Outside [You Love Me] has been shipped to over 19 countries.

In their show BURGERZ, seen at the British Council’s Edinburgh Showcase, Alabanza transforms a traumatic personal experience into a multi-layered performance that questions how we make assumptions about people and spaces. Alongside it, they have led conversations about safety and space for trans people in the UK and internationally.

Alabanza talks extensively on trans politics – we're looking forward to their key note speech, ‘Smashing down the doors’ at this year's (all digital) Black and Gold Festival.

> Get tickets for Travis Alabanza’s keynote speech on 23 October

Director-producer Amanda Huxtable has recently become CEO and Artistic Director of Eclipse Theatre, the UK’s foremost Black-led touring company. She has worked to bring social change to theatre for many years. Hidden Gems, the theatre company she ran with Marcia Lane, committed to telling rarely told Black British stories. And she is Chair and Trustee of RJC Leeds, which works to develop the diversity of Black British dance as an artform.

We’re excited to see what Huxtable develops at Eclipse. And we’re following the expansion of Slate: Black. Arts. World., an Eclipse project that has supported 2,000 Black artists in the north of England. It’s now expanding into Portugal and the Netherlands with the support of Creative Europe.

Vicki Igbokwe formed her contemporary dance theatre company Uchenna Dance after a life-changing trip to New York where she fell for the underground dance scene that introduced her to House, Waacking and Vogue. As her company has grown, she has continually developed the potential of younger professionals, for instance at the East London Dance programmes she facilitates that support the next generation of dance leaders.

Igbokwe is a leading advocate for change and has spoken in the UK and internationally about making arts more equal and accessible.  She was recently a Facilitator at Culture Reset, a programme seeking to reimagine the future in the wake of Covid-19, inspired by the urgent need to accelerate change and broaden diversity.

Tobi Kyeremateng made an inspirational impact on the UK theatre industry with Black Ticket Project, helping young Black people to see theatre for free. It started as a crowdfunding call-out on social media and has grown into an award-winning organisation that offers strategic advice, training and mentorship.

Kyeremateng is passionate about audience access and her work promises to build a new generation of diverse audiences and makers. She’s extremely active – last year she curated AFRO-CITY at the Roundhouse to celebrate Blackness and queerness, she is Senior Artistic Associate at Bush Theatre and is Creative Civic Producer at Ovalhouse. We can’t wait for her first audio documentary, Rave Rituals (commissioned by the ICA and BBC) and she’s currently writing her first book, THEATRE SH*T, with Jacaranda Books. 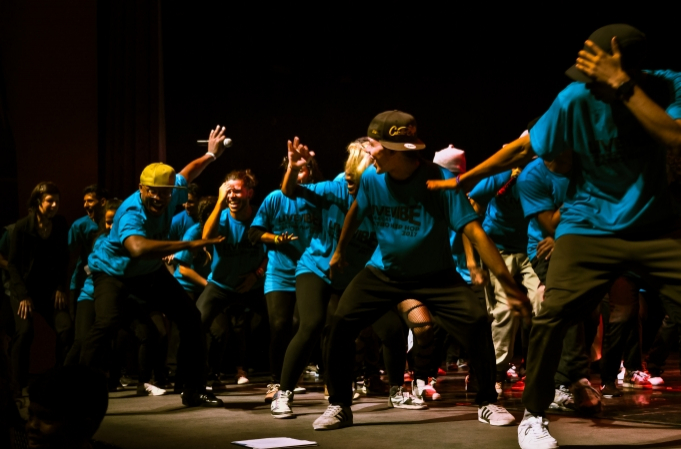 Choreographer, teacher and performer Hakeem Onibudo has carved out his own path. In 1995, he founded Impact Dance to enable young people of all backgrounds to develop themselves through hip hop. He created an income stream for the organisation with his work as a host and MC at high profile events.

Onibudo has taken Live Vibe – an initiative that creates opportunities for youth performance, empowerment and exchange – to Hong Kong, Tunisia, Venezuela and Zimbabwe with the British Council. He was awarded a Change Maker leadership placement by Arts Council England and has been a British Council Cultural Leadership Ambassador. He lobbies for systemic change, encouraging organisations to adapt to the needs of young diverse performers and audiences.

Project X is a Glasgow based artists collective founded by multi-disciplinary artist Ashanti Harris, producer Rhea Lewis and choreographer/performer Mel Broomes. After experiencing racial inequality personally and professionally, they came together with a mission to democratise the art sector in Scotland and beyond.

The collective aims to change perceptions of dance of the African and Caribbean diaspora in Scotland and to start new conversations. It collaborates with artists and organisations,  delivers workshops and creative learning, and curate performances and events.

This October, we'll be watching Project X's We Dance Our History, an online programme of digital dance works that explores how we hold Black history in our experiences.