Investigating the future of dance for 50 years

What do our bodies know? Watch a conversation with choreographer Siobhan Davies on the importance of movement, embodied intelligence and the impulse to create, as part of her new series Future Recollections

Watch The Body We Are, the first of six films shining a light on how Siobhan Davies makes dance

"As soon as we are born, we are learning through movement and our body makes decisions," says Siobhan Davies in the video above. "Why is it we only think of the mind as the repository of intelligence?"

The Body We Are is the first of a new series of six films – Future Recollections – in which the renowned choreographer examines why dance and choreography have sustained her for more than 50 years. Made in collaboration with The Space, the film explores Davies's practice, with personal reflections and excerpts of influential performances from the company archive.

Davies is one of the most significant figures currently active in UK contemporary dance. In her work, the investigation of bodies and movement takes centre stage. She began her career in the 1960s at London Contemporary Dance Theatre and founded Siobhan Davies Dance in 1988 as an artist-led organisation with an interest in pursuing the future of dance and working across disciplines. For over 10 years, the company's south London studios have been a meeting place for artists with workshops, performances, exhibitions and screenings. Davies has collaborated with visual artists and scientists, and has created work for galleries and museums.

"We can't divide the body's intelligence from the mind" 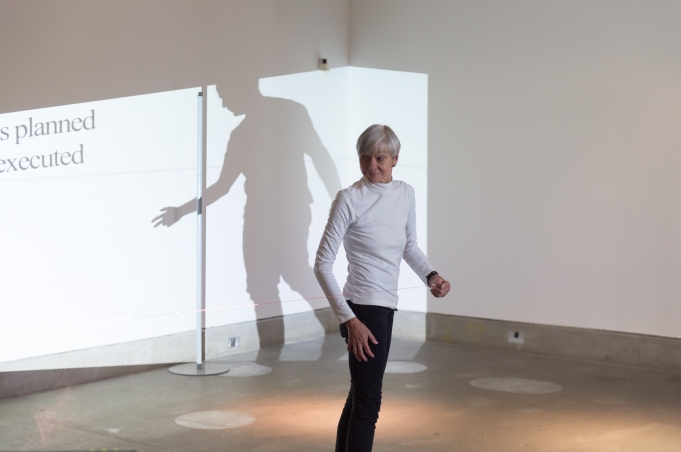 The video gives us a glimpse of Manual, first made in 2013 for Glasgow’s Gallery of Modern Art. In it, dancer Helga Kaski invites gallery visitors to help her perform a simple action by giving her verbal instructions. The process might at first seem simple, but the dialogue it creates between performer and participant reveals hidden complexities. The aim, states Davies, is to get people to understand the natural intelligence of the body.

"We can't divide the body's intelligence from the mind," Davies explains. "It's the whole thing. The whole of us."

> Look for #FutureRecollections on social media

> Read an interview with Siobhan Davies

> See a book on dance in galleries and museums, made in collaboration with the company

> Check out more digital commissions from The Space

Blog
Outside your comfort zone